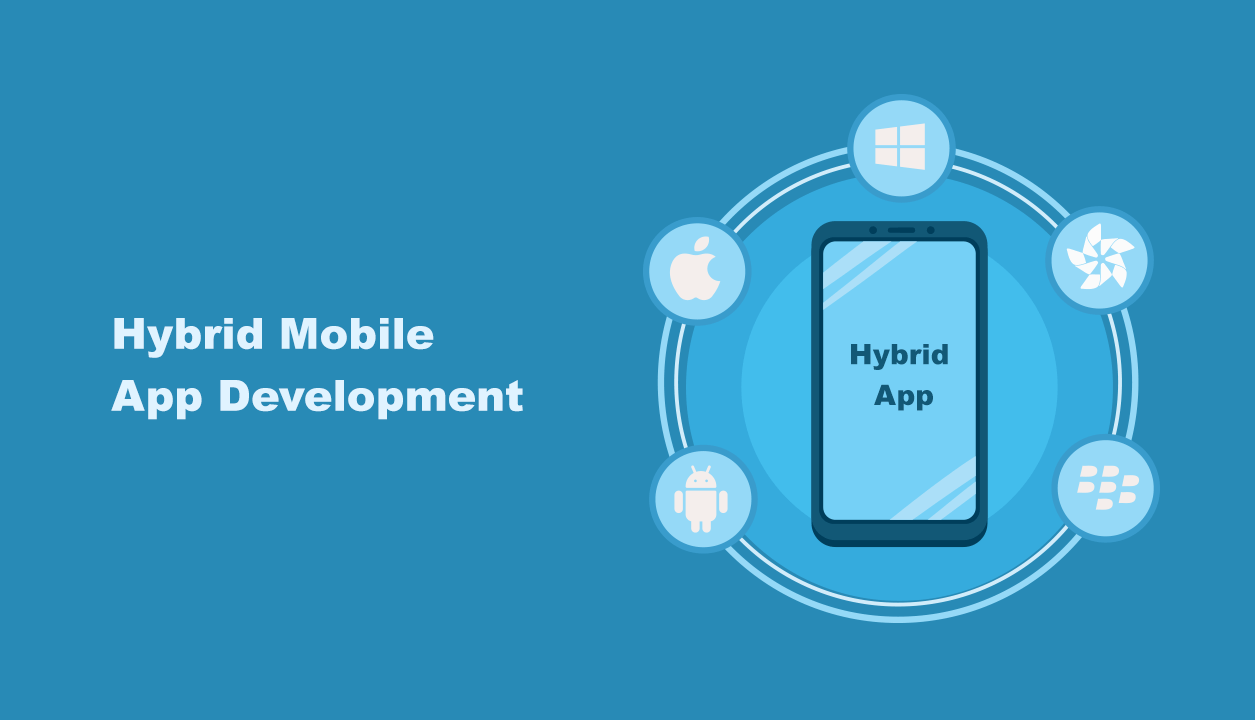 In our digital world, most of the apps are available in the market. But not all of them are organic, a large number of mobile apps have gone through a hybridization process before getting popular.

The market of each app depends on the utilization of the users and what are the needs of the businesses. You can find some native website applications that are being beneficial to the world whereas hybrid apps are becoming famous through the evolution of the next day only because of their versatile features around the globe.

Despite being an inexpensive application, these hybrid apps are more eligible to grab the group even faster than a native app does. If you are here to think about creating and launching hybrid apps you should know every smallest detail about the path you are going to stand for. By providing each segment of facts that are necessary to build up a hybrid app and to make sure that it will be fit in the app store read this article.

As everyone knows the word Hybrid refers to a mixture of some elements that can become more prominent and efficient than the elements. Likewise, a Hybrid app means a composing app that is made of both native and web applications. Hybrid apps are web applications that are kept around a native app. The feature that makes the Hybrid apps being earmarked is that these apps need to be written the code for one time and through plenty of platforms the builders can be facilitated.

Before creating a native application the app must be accessible to both an Android and an iOS device. The Hybrid apps are precisely adaptable for Windows, Android as well as iOS devices which makes them much demanding in the digital market. This at a time code based application requires no further approach to be clarified on every platform. So, the developers can save time by providing the code for once and running this software easily in every individual stage. HTML5, JavaScript, CSS, etc are the rudiment web technologies for building a hybrid application. To know more about the best on-demand taxi app development.

Why Does Someone Want To Modify Hybrid App Development?

To make improvements in the number of viewers of your site or app you wish to have a platform that will create a path of least connectivity. The Hybrid apps grow on distinct applications after being embedded by using only one code at once. So, why do people not require to develop an app which has much flexibility to various devices irrespective of the platform? To inculcate the number of visitors at a stretch you must desire to make your audiences reach out to your place and invade them to build popularity. The salient guidance related to the benefits of the Hybrid Apps are as follows:

A hybrid app is a combination of native and web applications that shows a broad and significant list of facilities. The performance of the hybrid app is consistent with the accessibility of several platforms. The streaming issue and loading contents problem can become invisible when the hybrid app UI acts a useful role. These apps have lightweights and can load any graphics or video streaming through a quicker response. The hybrid apps behave with faster display screening for all devices and enhance smooth internet connectivity. So, hybrid apps are gaining much approval throughout the app store market nowadays.

Spreading Recognition All Over The Market:

Market recognition is always a costly option to have but not for hybrid apps. The most upbeat nature of this app is that it can regulate via a lot of several stages having an economical price for itself. With only once used codes the hybrid apps are eligible to make an eminent domain in the market to beat their competitors. As per this valuable advantage, a great number of users get attracted to its fullest extent.

Like I said before, maintenance can consume time as well as attention. In the realm of the digital market, a native app gets its maintenance every time the new version of the application starts initiating. But the hybrid apps play a different form which requires simple structured maintenance. The hybrid apps do not have to face various complexity of repairing process as they efface variegated sophisticated versions of update and make an easy-going way to meet the exact requirements of the users with less time.

The combined or hybrid apps development becomes easier and more efficient in a summarized period. The major stages of systematic procedure elucidate the operation of this application in the way of utilizing the knowledge of JavaScript and HTML. The code is written at once and for various perusal, it will require no further time to evoke a new system. The mixture of native app and web app is such a beneficiary to the developers that the hybrid app turns up not to waste any further time. And, this feature is quite fruitful for the developers as well.

Available When The Internet Is Not Running:

Internet connectivity is not the same everywhere. While launching an app it should be kept in mind that the app must face the loading challenges and prove accordingly. Mobile apps are withstanding a lot of issues regarding the internet connection so, its strength while loading any content or streaming videos gets weaker and weaker. So, like in the rural areas, 70% of interested users drive out some apps due to a lack of connection to the internet. Those apps also require more time to load. The hybrid apps initiate the accessibility to the apps when the users go offline and through this facility, the challenging criterion to the internet availability can be reduced further.

The merger of native apps and web applications is as fast as a native app while boosting performance. The speed limit of the hybrid apps is much higher and their presentations are more efficacious than those of a native app. Though the number of users is much greater the hybrid apps have potential enough while responding in a speedy reply on all distinct devices.

Numerous hybrid apps are being imbibed exorbitantly throughout the internet marketing business. You should know some top Hybrid app development frameworks like how much creativity they took at the first step of launching their app and what made them lead on the top. The top 5 Hybrid Apps development frameworks are deliberated below:

This is one of the best options of the developers when it comes to doing modifications of hybrid apps. It can produce an experience related to native apps and let the companies get high-quality and accessible apps. It plays dual roles such as the most demanding choice for making hybrid apps and, on the other hand, it builds up the native and cross-platform. Basically, this sits on the topmost rank for its advanced texture of building performance like life reload, community support, building user interface with JavaScript, code reusability, etc.

Flutter is another preference of developers as it creates natively multiple platforms only using one codebase. It is a portable UI of Google that shows high effervescent speed in making beautiful hybrid apps for different devices. So, it is straightforward to compile functions in a faster way than other frameworks. This option detection detects errors in the function and brings changes and fixes quickly. The apps of this option are flexible and easygoing while being used on different devices.

Xamarin is another significant choice that is a Microsoft-based open-source network. Developers are eligible to make a cosmopolitan app without leaving the native texture behind. This can be maintained more thoroughly and the time and cost regarding it are much lower than other alternatives as its functions also have full accessibility with the support of Microsoft.

For its great UI and UX design and being 100% free of usage, this option has collected so many appreciations across the globe. Its testing process is much easier and the development through this option is greater. It is efficient enough to build interactive apps using a set of best tools.

The positive side of this option is getting better day by day and the development of Hybrid apps is done in the minimum time accessibility. So, the market and business flourish and the popularity of this option gets higher.

DigiTech Trends is an online platform for tech lovers to find the best information and latest trends regarding technology, startups, SEO, digital marketing, entrepreneurship and much more.